Claire Ashman spent most of her life unwillingly in different cults. Almost four decades later she woke up to reality and walked away from the only environment she had known. She left the cult, her husband and raised eight children on her own. She spent years of soul searching and professional counseling to get her life back on track. Today, Claire is an aspiring author and an anti-cult activist. She travels around Australia sharing her life journey and helping others in similar circumstances to deal with the challenge.

Are you or a loved one struggling with addiction?

When someone suffers from drugs or alcohol addiction their entire family is paying for that terrible choice. Addiction brings about serious damage to families and to relationships. Those who take drugs can experience deadly consequences such as overdoses, crime, traffic accidents, violence and suicide. Children of alcoholic parents are at high risk of mental, physical and sexual abuse. They also suffer from low self esteem, loneliness and fear of abandonment. Sadly, I am one of those children…

In this episode I’m talking to an incredibly intelligent and beautiful lady, Natalie Calkins Rountree, who was kind enough to share with us her epic battle with alcohol addiction and her journey to recovery. Natalie came from a good background but, due to some poor choices, she became addicted to alcohol early on. She lost her self worth, dignity, the custody of her young daughter and almost took her own life. After a 15 years battle with alcoholism she had finally kicked the habit and has been sober for almost a decade. She rebuilt her life, got her daughter back, she’s happily married and has a very successful career. 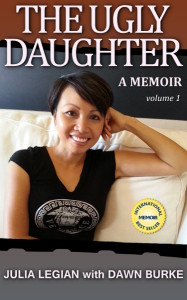